More ramblings from the studio, and Quartz 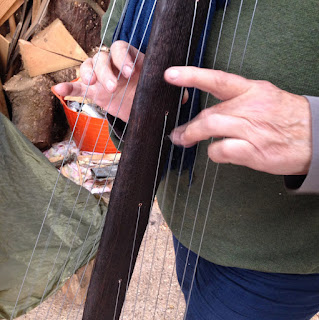 Amongst the everyday plotting of exhibitions and new workshops, I have of course been pootling away in my studio, the great pleasure of life, before the next deadline of commission, residency, interview even office day bites into it.  So playing with off cuts from the Quartz exhibition I have made a Lectern Zither, a solid piece of larch charred and strung as if a book is opened on the top, with sides angled to make playing easier but also alluding to the early synthesisers, it has a great sound, looks good and is a pleasing addition to the instruments I can gig with. 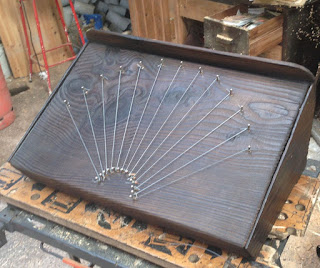 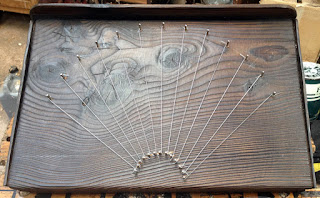 Added to the increasing amount of instruments now littering my studio is a tail rocking piece that looks like the sail of a ship, this one is strung through the mast element with copper inserts to stop the string slicing through the oak, the resonance in this one is fantastic and builds up a real wall of sound, rocking the instrument whilst playing distorts the sound giving a wah wah effect, well almost. 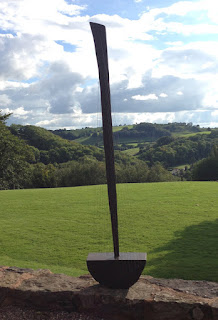 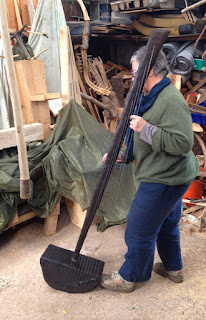 Tonight is the opening of the Quartz exhibition in Taunton where I have four large standing sound pieces, when I installed yesterday the sun was behind the pieces so the photographs didn't come out to well but hope to take better ones tonight. 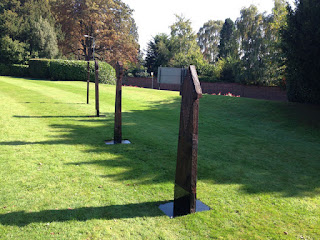 Posted by Michael Fairfax at Tuesday, September 29, 2015 No comments: 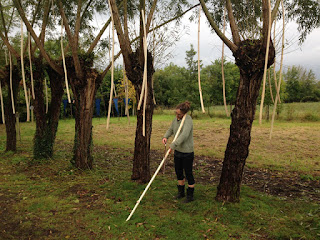 In april I pollarded the willow trees, from the pollarded sticks I have created 49 Fiddlesticks each one with a single nylon string and two bridges.  These I have hung in the pollarded willows like an autumn fruit suspended from the branches, each fiddlestick can be taken down from the branches (picked) and then played, either plucked or bowed with a violin bow, the player places their ear to the wood of the Fiddlestick to hear the sound that only they can hear. 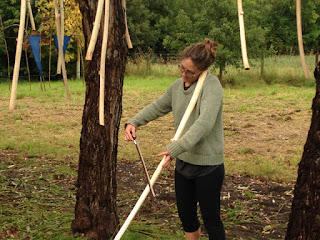 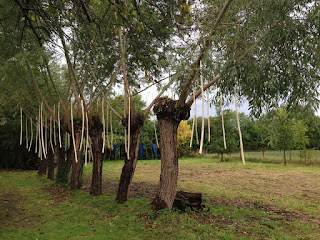 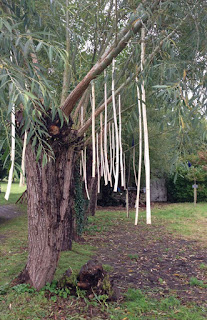 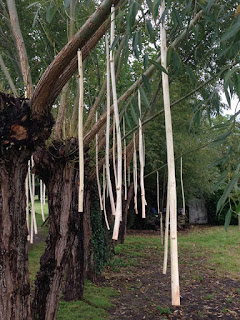 Posted by Michael Fairfax at Wednesday, September 16, 2015 No comments:

Workshops at the Exeter Deaf Academy 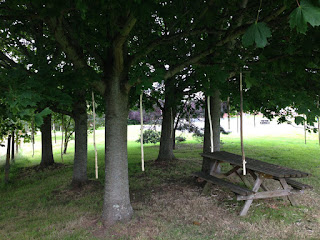 Workshops with three groups of students at the Exeter Deaf Academy. I took in sticks, they whittled the bark, drilled holes, threaded nylon string and by the end of the session had all created a 'Fiddlestick" a stick which can be played by a bow or plucked. That can only be heard by placing ones hear onto the wood, there is no sound chamber so no one else can hear the sound.  I have discovered after my exhibition at the Thelma Hulbert Gallery a few months ago that a lot of the deaf can hear these sounds through the vibration in the wood and for many it is the first time they have heard such sounds.  The joy this creates for a number of the students is incredible and gives me great satisfaction.  The support team of TA's and Communicators were brilliant, and made the workshops run smoothly, with great humour. But of course the students were the stars overcoming many skills and communication difficulties brilliantly.
Many thanks to the Exeter Deaf Academy. 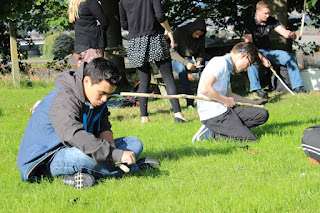 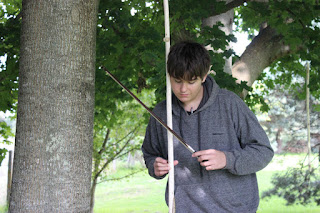 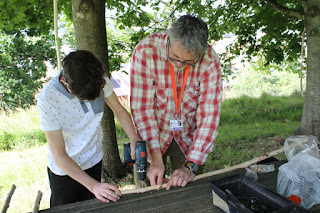 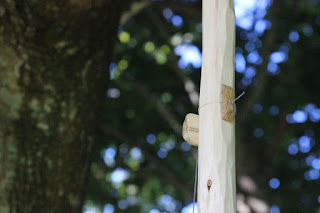