The War Pig and the Gimlet- Eyed Mariners 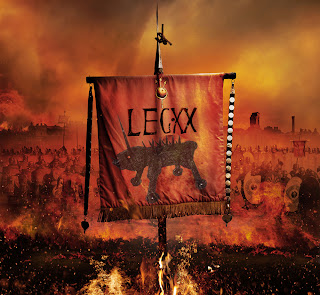 The 'War Pig' has been sited on a Roman Legionaires diseased banner flying high over a raging battle ground somewhere in deepest Somerset, authentication to be sort.

The Gimlet-Eyed Mariners gig on Saturday 24th Nov  at 7.30 for 8.00 at the congregational church, Wiveliscombe, after their recent rehearsals all I can say is get along we are sounding brilliant!!!!
Posted by Michael Fairfax at Wednesday, November 21, 2012 No comments: 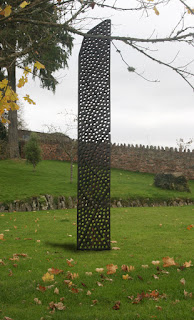 A private commission
The 'Lacewing' is made from charred Douglas Fur it stands at 2 metres
Posted by Michael Fairfax at Wednesday, November 07, 2012 No comments:

The Travails of the War Pig 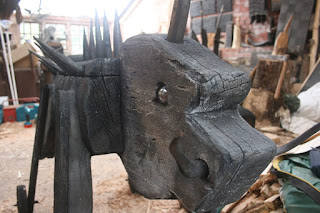 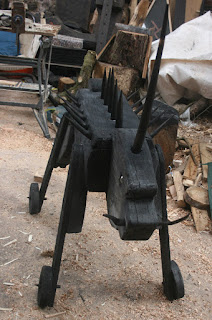 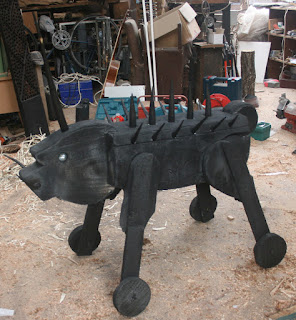 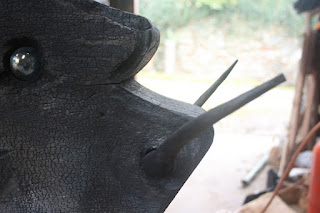 What a story this is, indeed the travails of the war pig should be written by someone more learned than myself:  I found this pig in the backroom of a shopping mall in Taunton, already this is wrong, this poor pig is a state of disrepair, no pride, it life story hidden amongst the detritus of the consumer society.  The War Pig's story is a sorry tale,  These pigs used by the Romans to frightened the War Elephants were coated in resin and pitch and set fire to, and then, squealing let loose to run amuck amongst the elephants, scattering the poor frightened beasts and so defeating their foes. Not many War Pigs survived, but recently on the Polden Hills, an excavation found the remains of  a 'Trojan War Pig' these are very rare and we are lucky to have this one preserved so well in the soils of west somerset.  From the shopping mall to my studio for the forensic examinations, creation of stretchers and in readiness for a tour of the county, The War Pig is ready, ready to spread the word, to tell of the futility of war, of the use of animals in the tactics of death, the corruption of generals, the War Pigs story is ready to be unleashed.
Posted by Michael Fairfax at Wednesday, November 07, 2012 7 comments: