Film of Romancing the Gibbet

Here is the link the my vimeo site for a film and voxpop of the Over Stowey performance.
https://vimeo.com/112999438
Posted by Michael Fairfax at Thursday, November 27, 2014 No comments:

Labels: over stowey, romancing the gibbet

The Gibbet has been Romanced 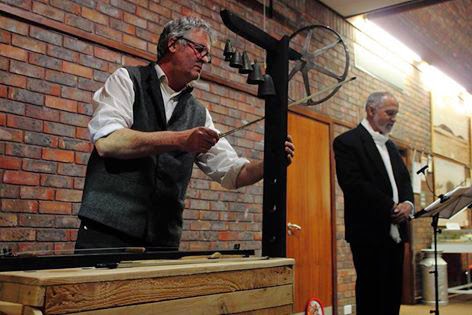 The 'Being Human' Festival has finished, Professor Poole and the Gibbet Boys have completed their tour and the equipment has been stowed away.

The events at Over Stowey Village Hall and Warminster Library have proven to be a wonderful success.  The Over Stowey presentation of 'The Ballad of Johny Walford' had an attendance of around 75 people on a saturday morning at 11o'clock which was terrific.  Professor Steve Poole kicked off events with an absorbing talk on gibbeting and hangings which the audience devoured and then asked many a question in the Q&A.
Then poet, writer, performer Ralph Hoyte and I performed our artistic interpretation of events that lead up to the murder of Jane Shorney by Johny Walford, the murder, the trial and the hanging, 45 minutes of sounds from the Gibbet Cart and words from Ralph, again the audience where spellbound by the event, another Q&A and that was that.  Part of the performance was filmed and vox pops at the end, this I will post onto my vimeo site soon and I will notify when.

The event the following saturday again at 11.00 was held in Warminster Library as near as we could get to the hanging site.  The story of George Carpenter and George Ruddock was very different, the murder much darker and evil.  Again Professor Poole started proceeding with his lecture and again it provoked lots of questions.  Ralph and I performed our set, very different this time, still the Gibbet Cart but a more menacing evocation.  Audience appreciation was again manifest and these two events have proved extremely popular and a thought provoking way of dealing with a tricky but enthralling subject matter.  We would love to take this further and research more Gibbet sites and do more gigs/events.  Please contact me if you would be interested in putting on such an event. 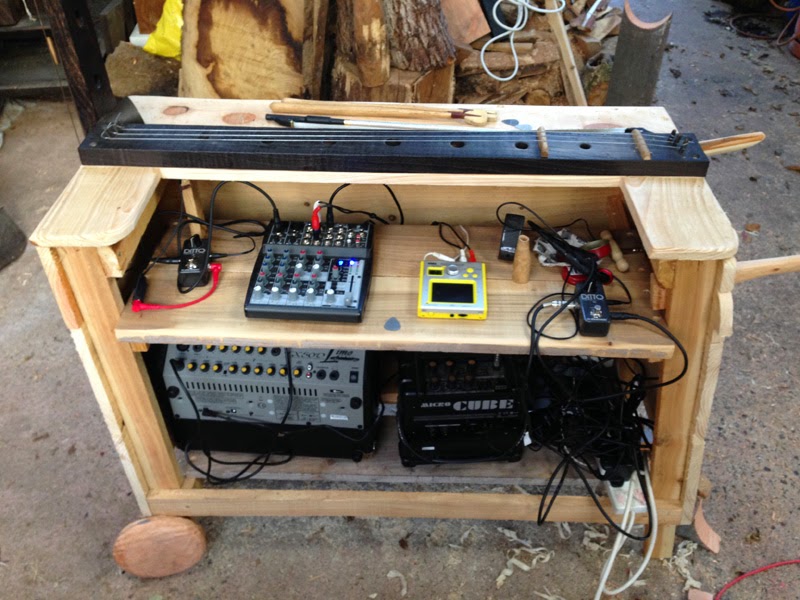 The working of the Gibbet Cart 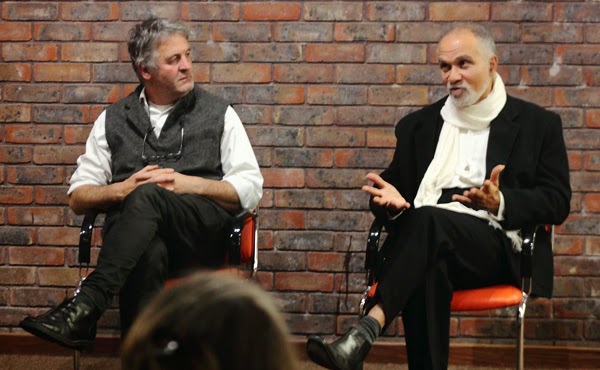 Michael and Ralph during Q&A 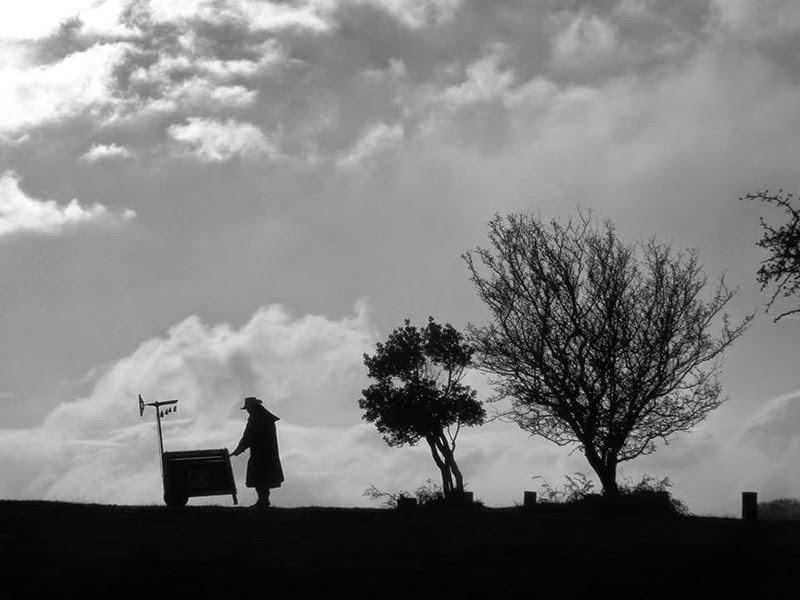 Posted by Michael Fairfax at Wednesday, November 26, 2014 No comments: