Drop me a Line: Wires and Pins: Wall of sound! The Thelma Hulbert Gallery Private View 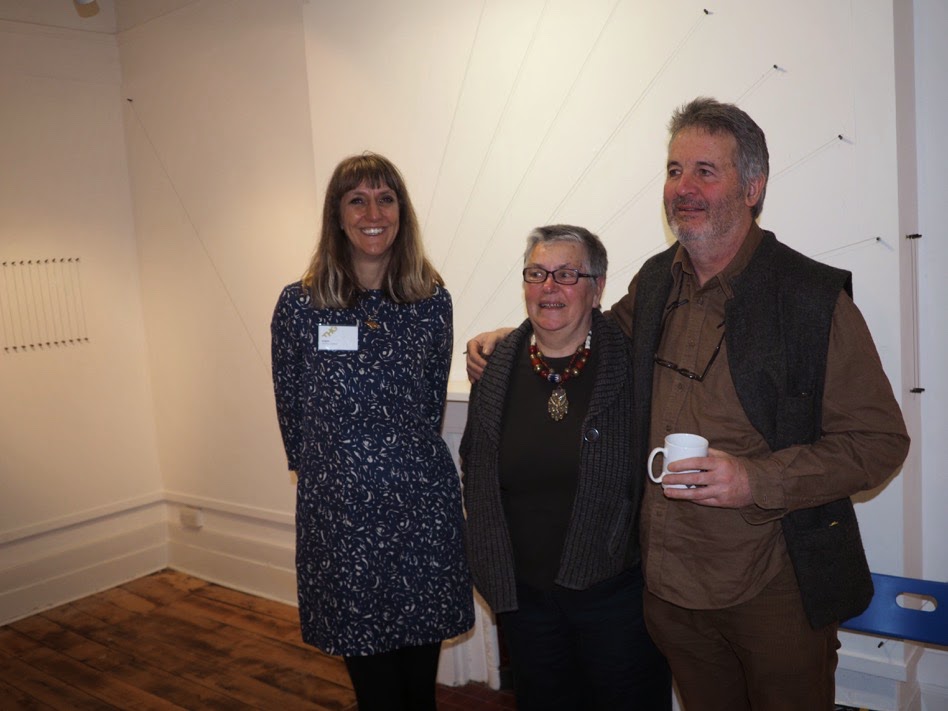 Well that all went exceedingly well.  People came, people played, people listened, People chatted, People went upstairs and saw Louise, they saw their Lines, they saw others. It was a very good and probably a very different Private View, Lots of smiles and happy people of all ages.  Big thank you to everyone who came and I hope in the ensuing months many more will come to experience this unique exhibition in a great venue, great staff and volunteers.  Brilliant all around. Thanks.  Pictures thanks to Nick Dormand. 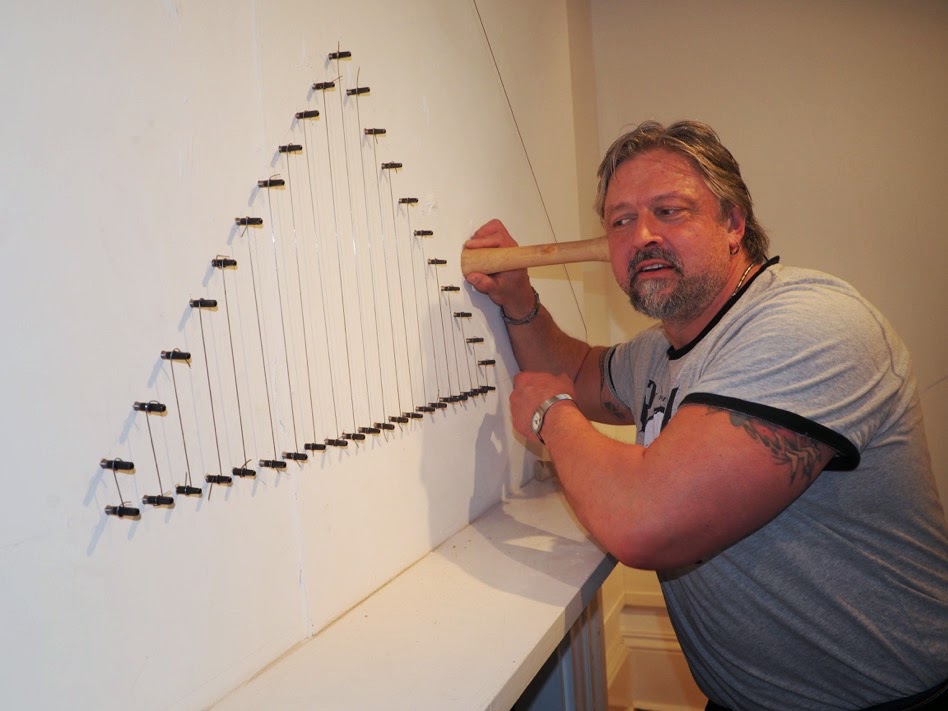 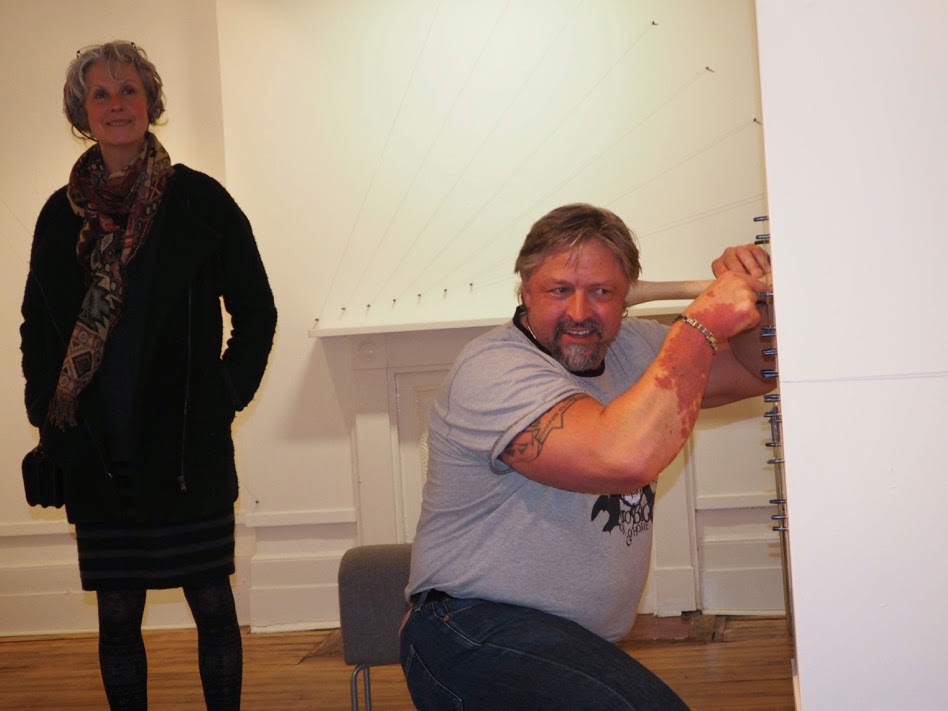 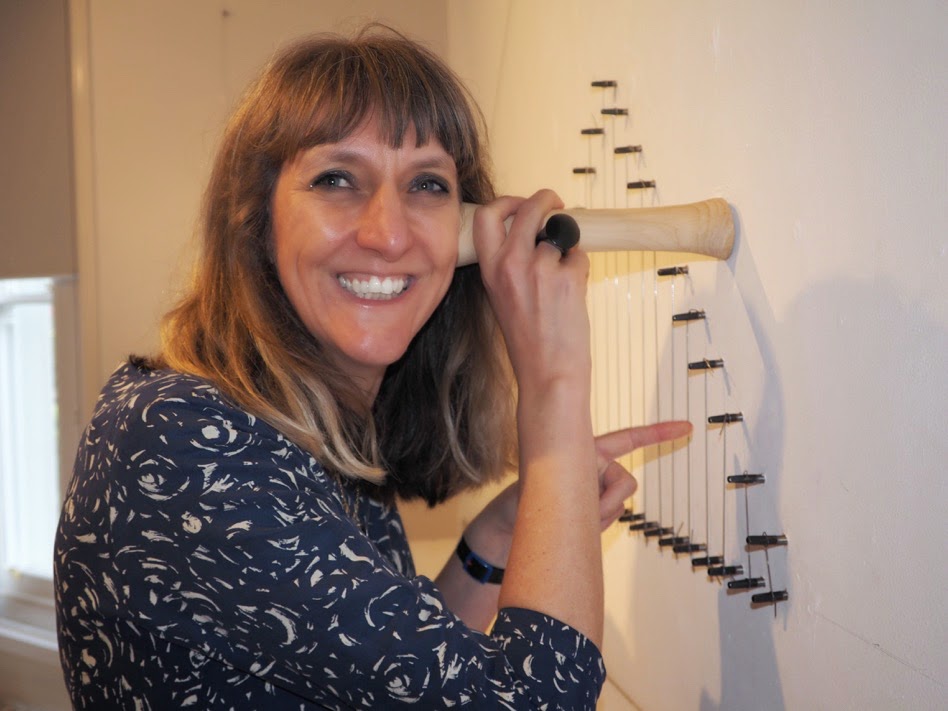 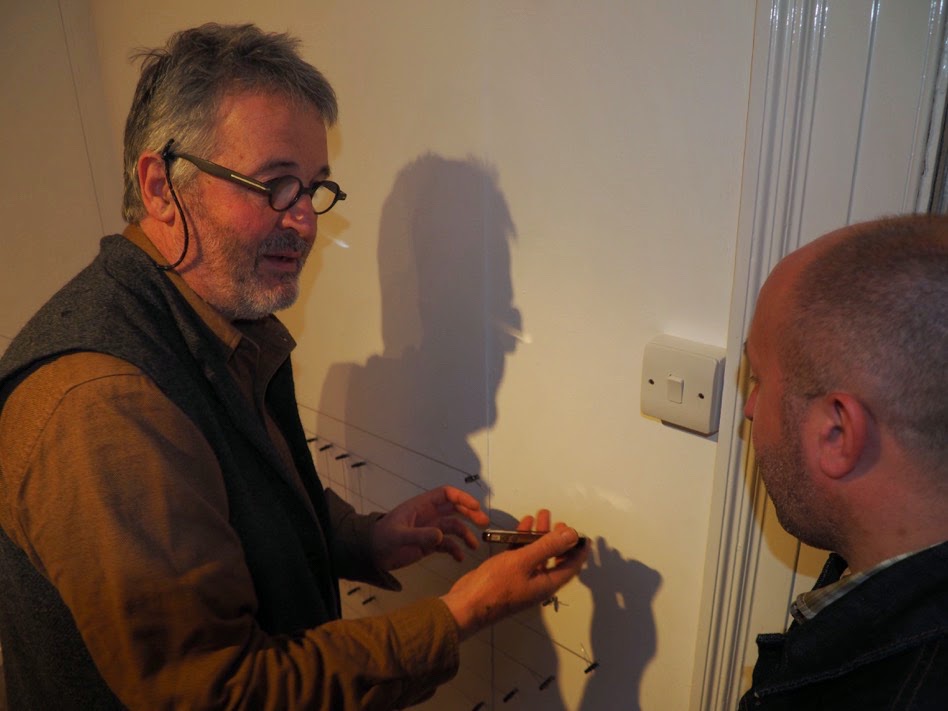 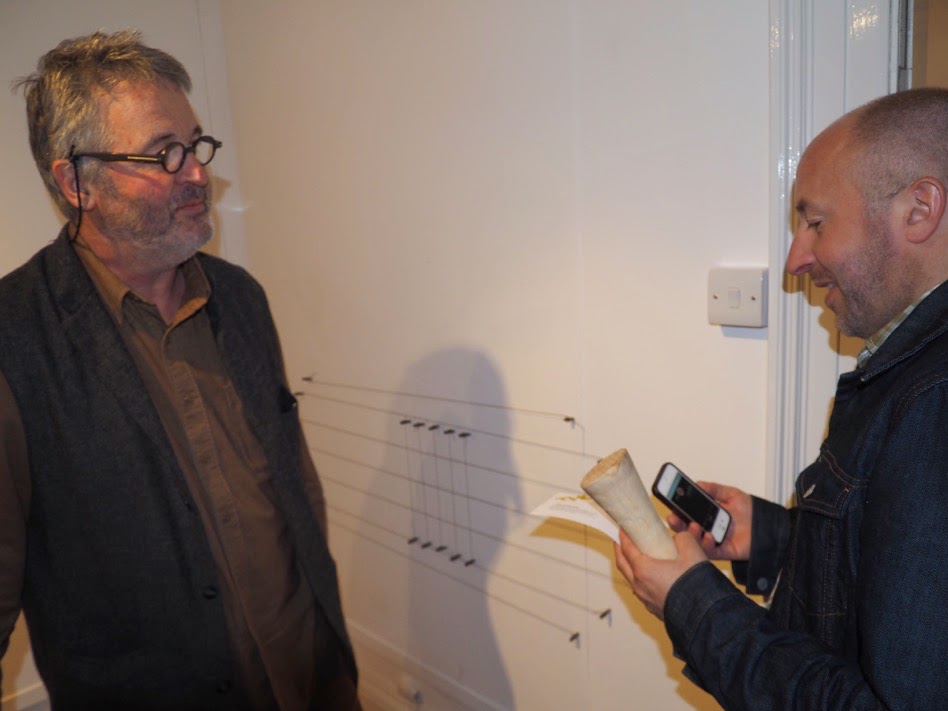 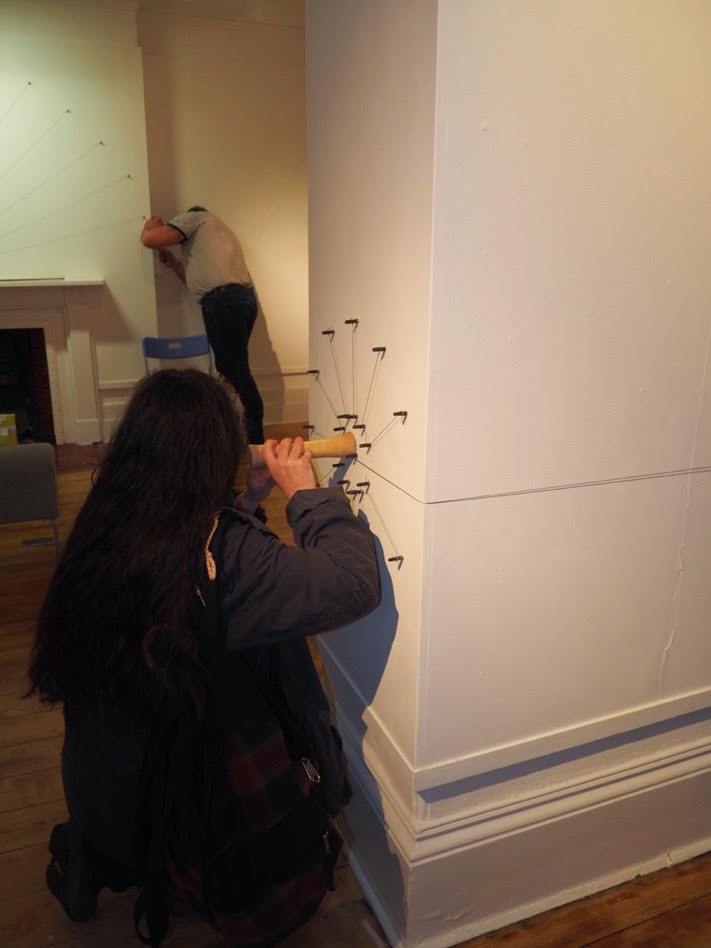 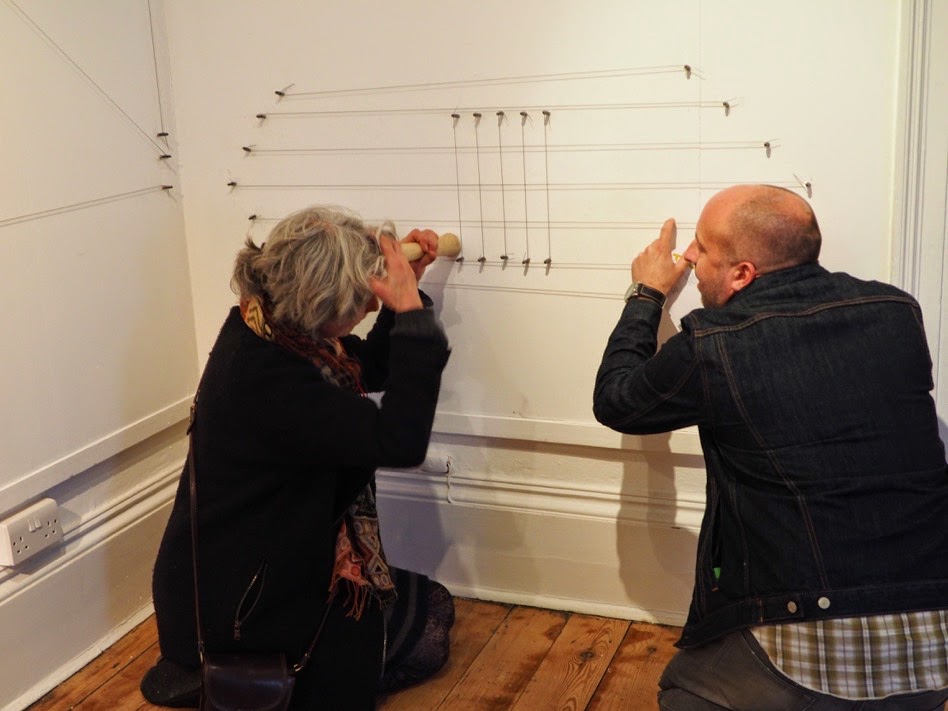 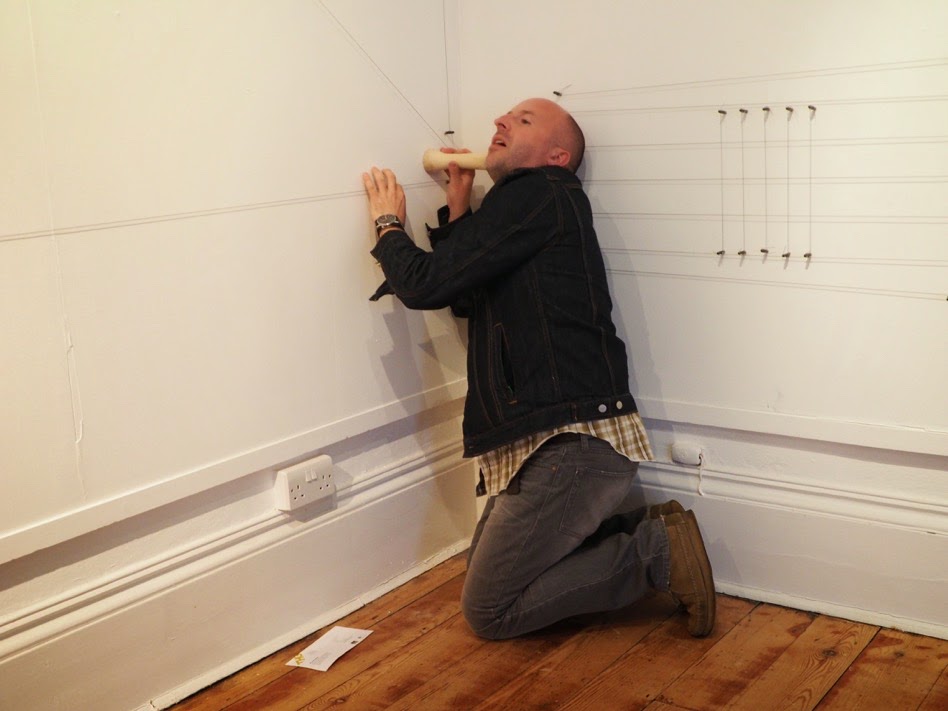 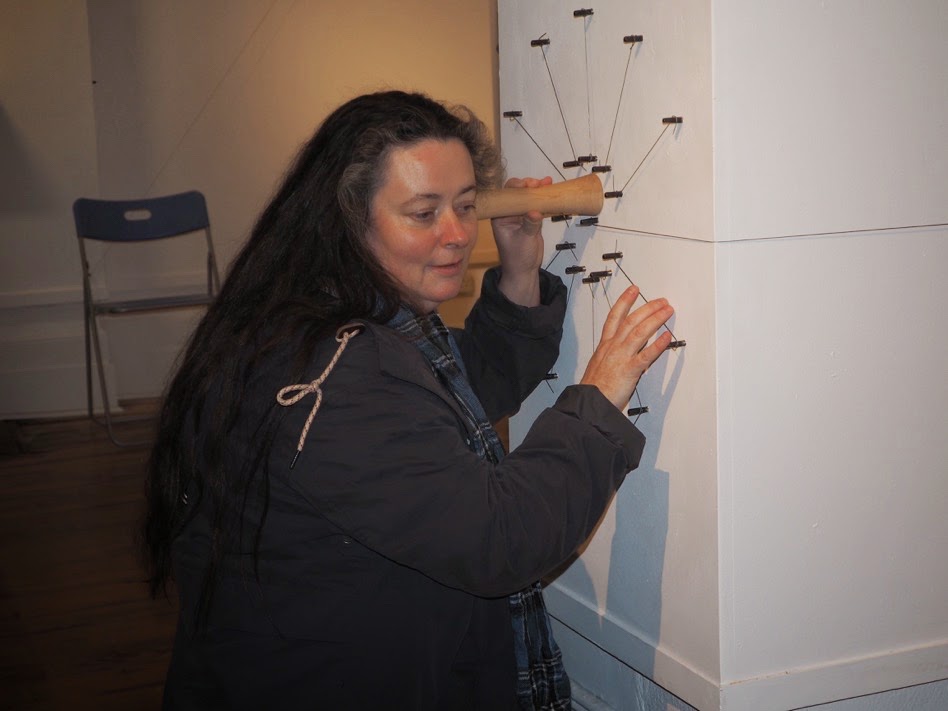 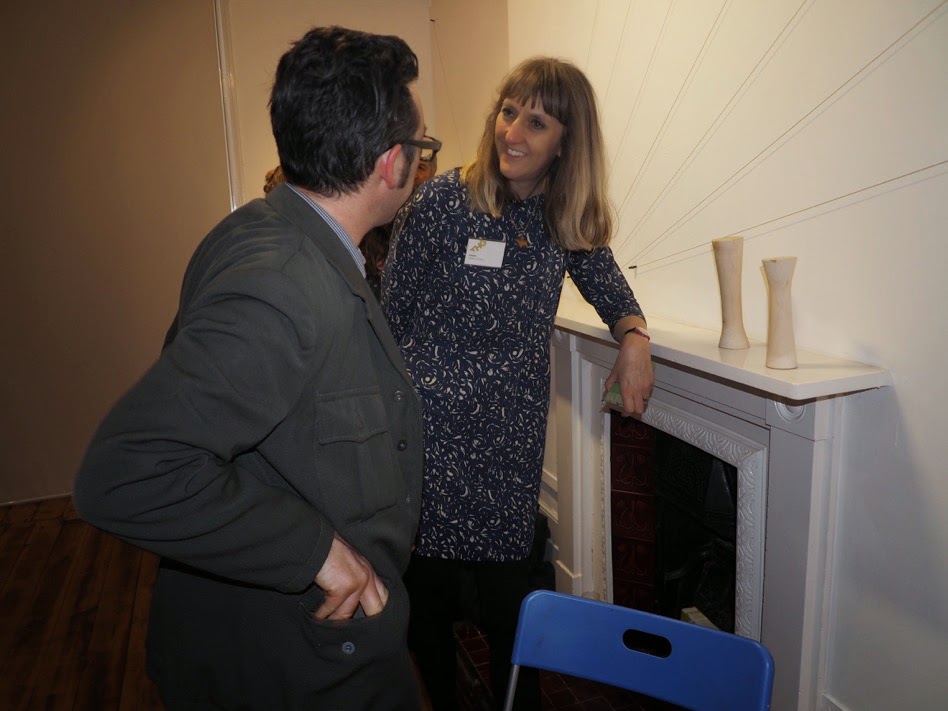 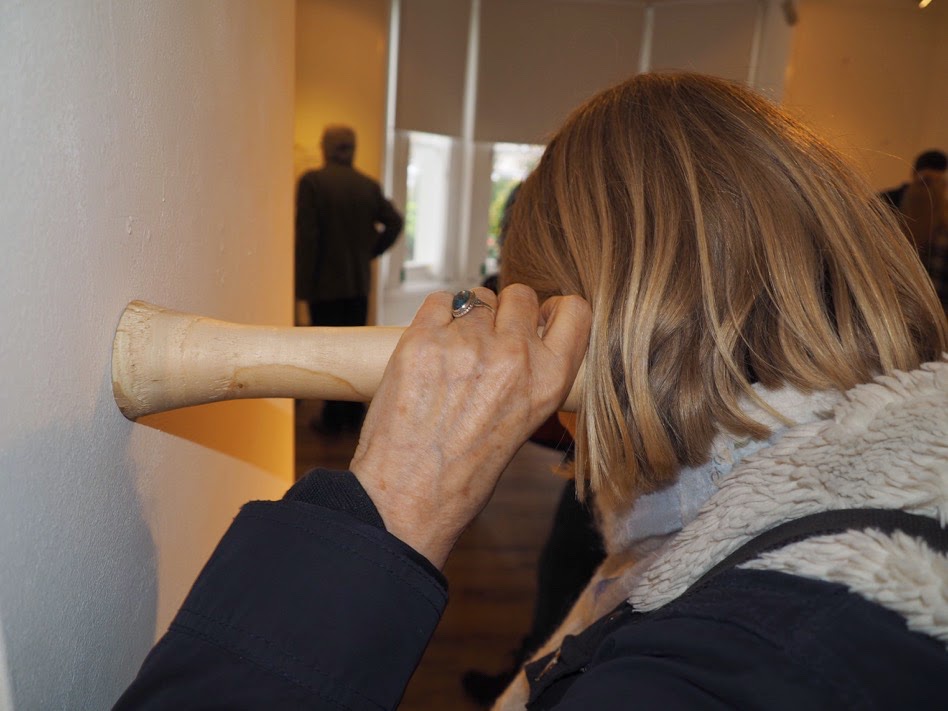 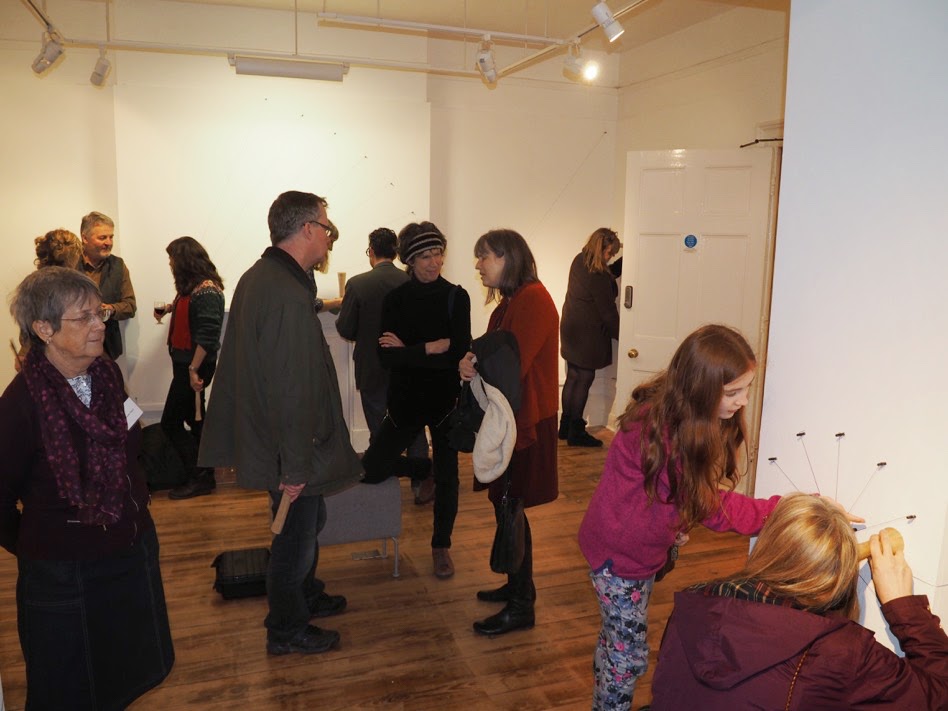 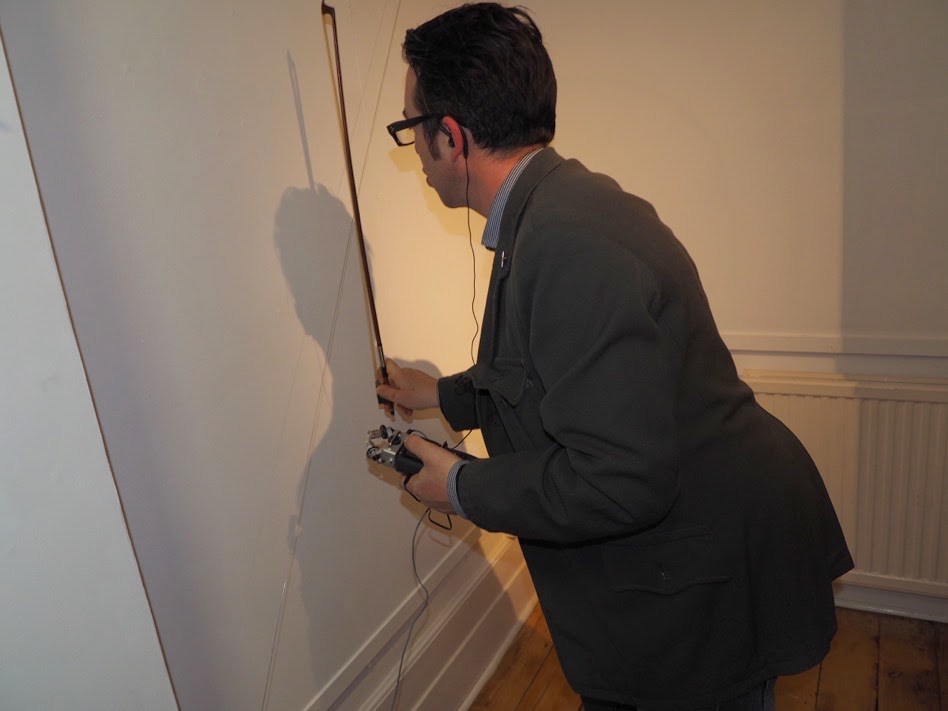 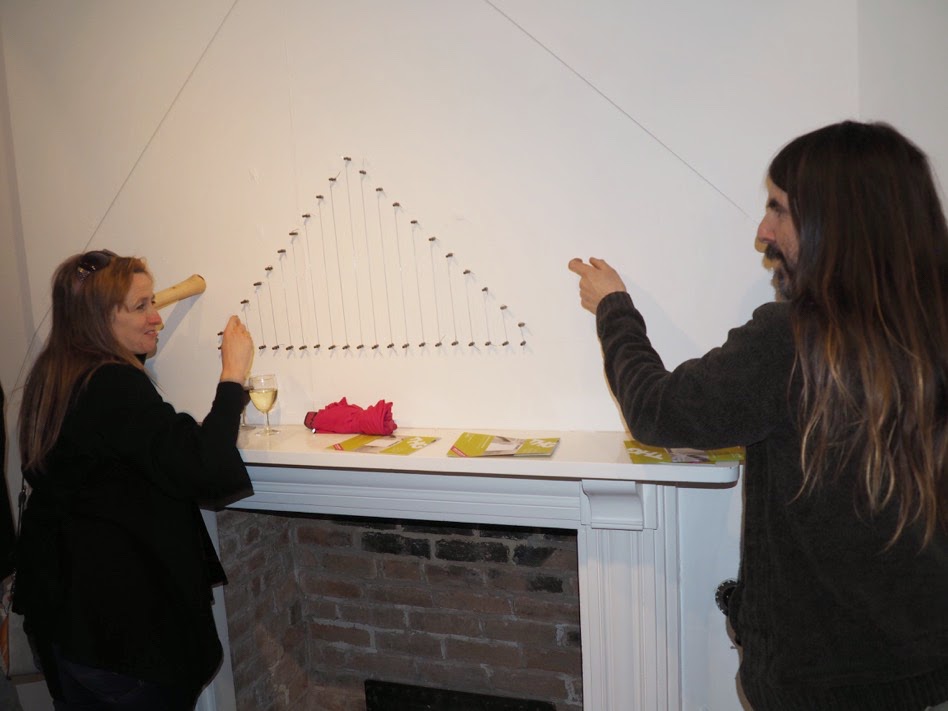 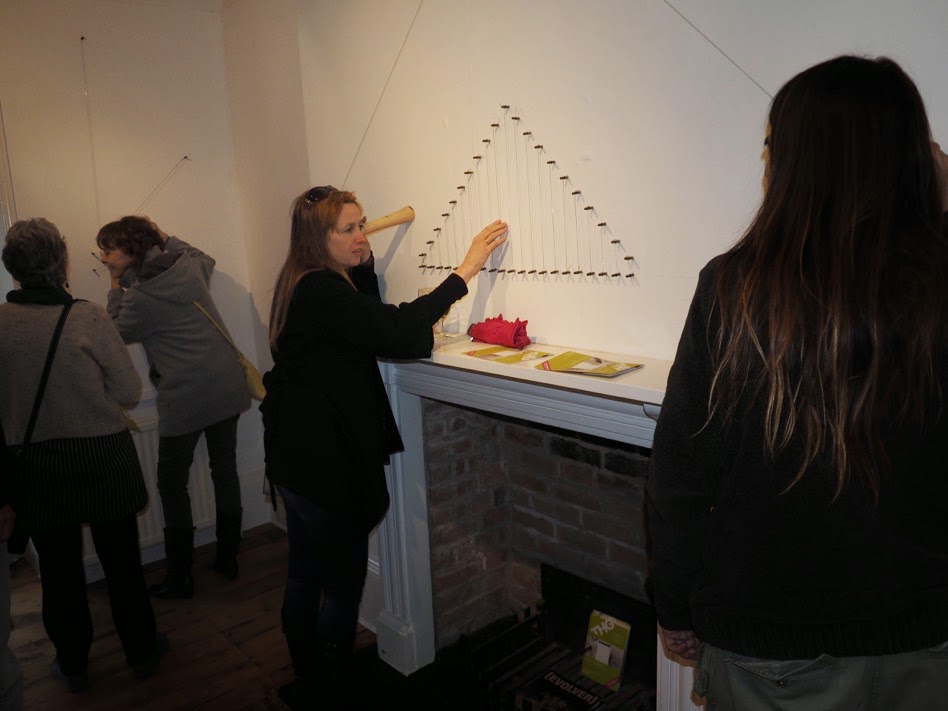 Posted by Michael Fairfax at Tuesday, March 31, 2015 No comments: 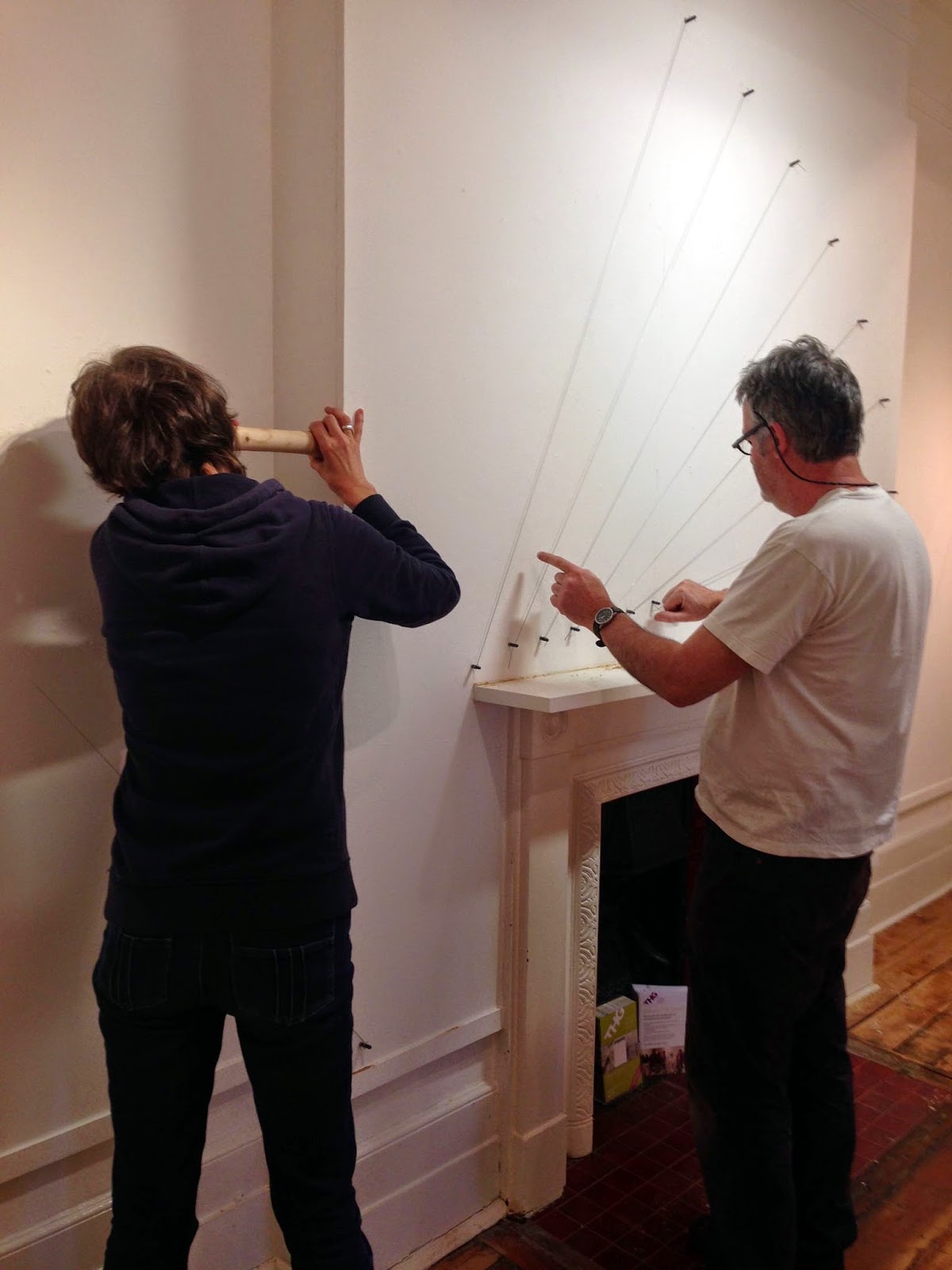 Some images from the exhibition as installation is taking place this week for the private view on saturday 3.00 -5.00 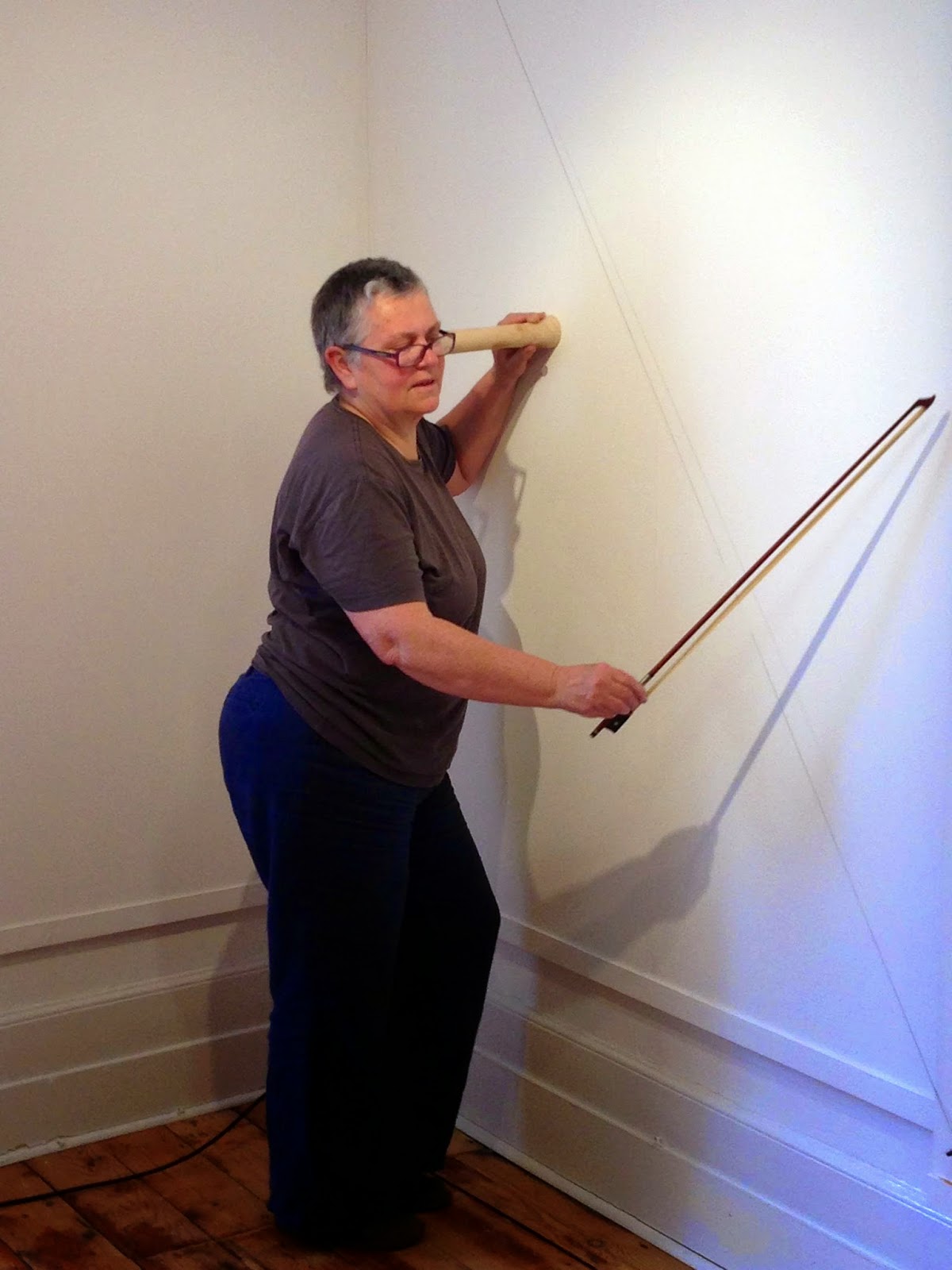 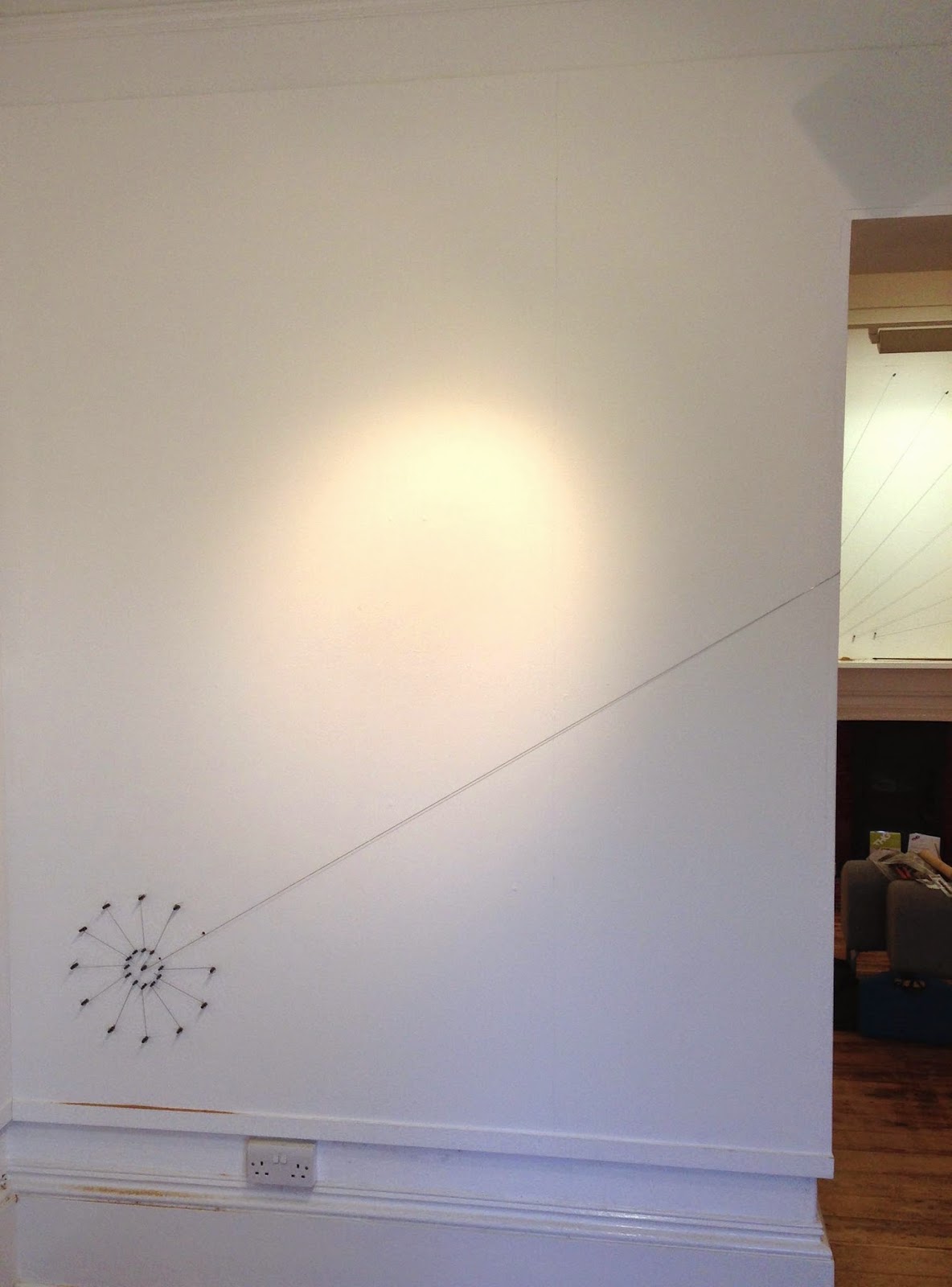 Posted by Michael Fairfax at Wednesday, March 25, 2015 No comments:

Labels: drop me a line

Drop me a Line: Wires and Pins: Wall of Sound Thelma Hulbert Gallery 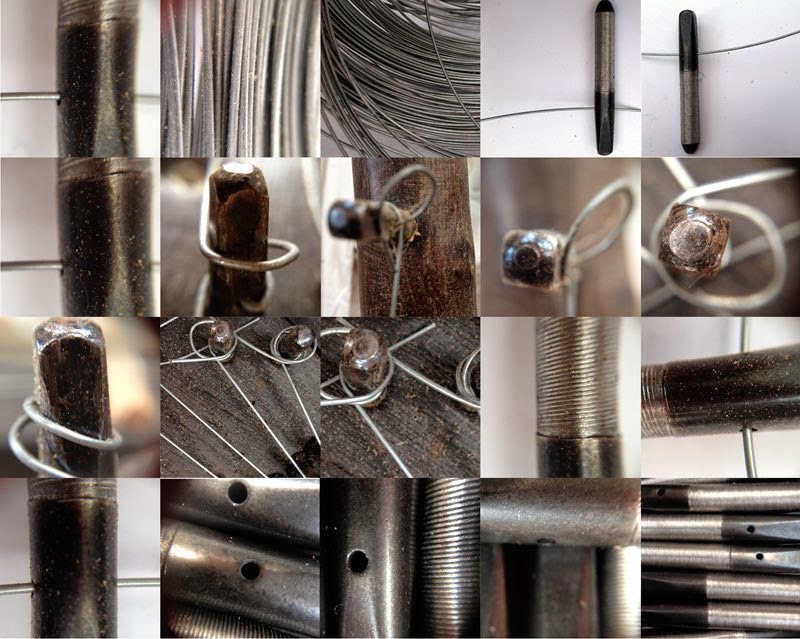 I am working towards an exhibition at the Thelma Hulbert Gallery in Honiton, Devon.  A joint exhibition with Louise Baker who is another artist at Hurstone where I have my studio. After yet another mad cap lunch we came upon the idea of a joint show about lines, Louise to work with graphite lines and me to work with wire lines to create sound.  We approached Angela Blackwell at the Thelma Hulbert Gallery with our crackpot idea and Angela smiled and said yes let's go for it, and so it developed.
Louise's project grew from graphite lines to any sort of line, then also to include lines that have been created by other people, so she sent out a call for people around the world to 'Drop her a Line' on a spefically sized piece of paper, the postman came regularly with envelopes of lines, people have done her proud, Louise has also produced a vast number of lines, the work will be displayed geographically  around one gallery and Louise's works will be in book form around the rest of the upstairs.
So what of me?
The two downstairs galleries I am going to cover in a number of lengths of piano wire, these are connected to piano tuning pegs and can be tuned, the two galleries will take on the appearance that a heavy duty mutant spider has been let loose, spinning webs of sound.  The sound is to be heard, listened too by placing especially turned wooden listening devices to the wall, whilst someone else plucks, taps, bows the strings, the sound is transmitted through the wall.  There will be an acoustic sound as well but different.  Over the 6 weeks the exhibition is on for the strings will go out of tune, the sounds in the gallery will change.  The gallery will be recording a 30 second recording of the walls everyday and at the end of the exhibition I will put these recordings together to create an audio file. The public are invited to record sounds of them playing and to send those to me as well. The first part of the exhibition is from the 28th March to the 16th May 2015.

This brings me to the second instalment of the show which lasts from the 23rd May to the 20th June, this will have that recording available, plus the sound instruments that have been created in the workshops I will be taking during the first part of the show.  If you want to be part of those workshops please get in touch with the Thelma Hulbert Gallery, Honiton.  Louise will also me doing workshops for her 'Drop Me a Line' and you can also book a place on those. 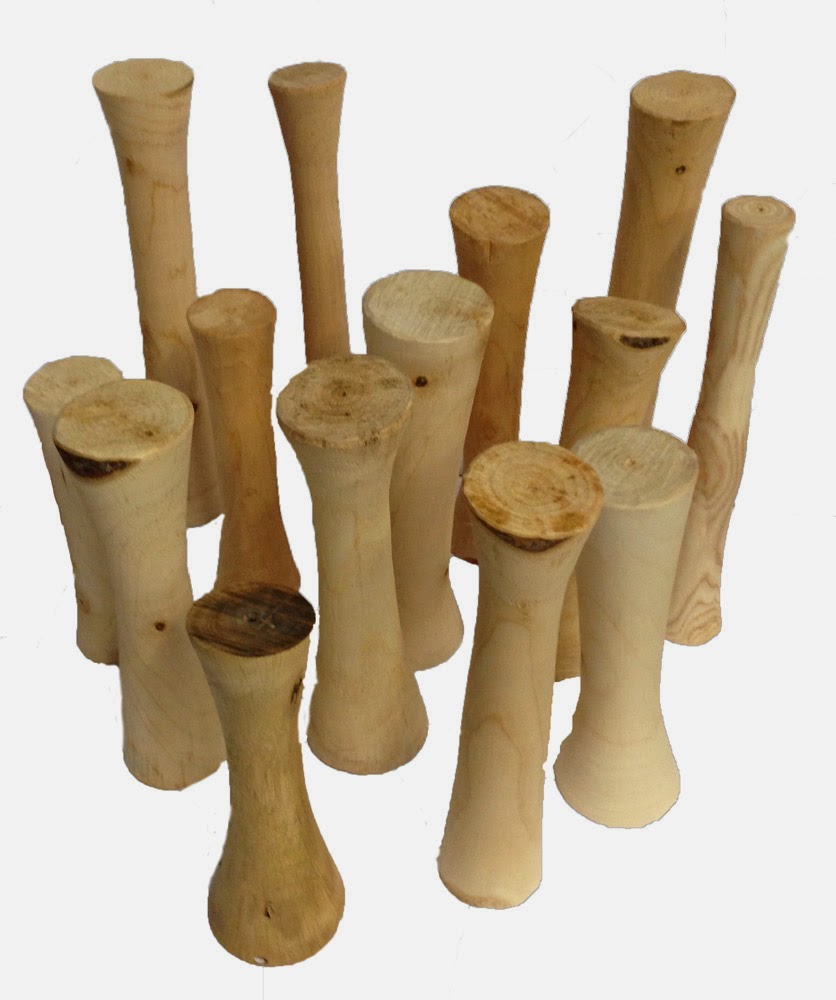